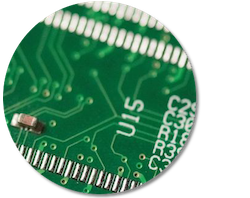 Update, Feb 2019: Note that with the imminent release of Terraform v0.12, some of the advice, commands, etc. in this article may not apply or work any more.

Having used Hashicorp’s Terraform since 2016, I’ve collected a set of tips and tricks around developing and debugging Terraform code.

Even at 4+ yrs old, Terraform is still not even at version 1.0. However, along the way even the minor releases have had major–and many times breaking–changes. For that reason, I’ve always strongly recommended that one pins their code to at least the minor version # (e.g. 0.11.x), and Terraform has a mechanism to do this. E.g.:

You should also pin your providers’ versions as well, although I’ve found you can (and should) be more lenient and allow for anything within a major version (e.g. 2.x). E.g.:

Additionally, you can also enforce a specific version of the TF binary to use in your code dir by using a 3rd-party tool called tfenv. Don’t procrastinate on this one as it only takes minutes to set up.

If you’re a regular Terraform user, then you’ll want to save yourself some keystrokes and create some shell aliases. Here are mine:

If you made changes to your working directory’s configuration, then you’ll need to include the --upgrade flag in order to pull in the latest versions of your plugins and modules. For example, you may want the latest version of a provider to be installed.

When you’re stuck using typical dev & test methods, it’s time to turn on Terraform debugging! This is fairly easy to do with these 2 commands:

This will log debug-level output to the /tmp/tf.debug.txt file, which you can point to a file and location of your choice.

When you’re done, you can turn off debugging with these commands:

Next, if terraform apply is returning a vague or seemingly nonsensical error, try creating the same cloud resources using the provider’s CLI. You may be hitting some limitation with the provider and/or your account. Attempting to create the resources using the CLI may spit back more useful error messages. Sometimes the Go SDK (that Terraform uses to talk to the cloud providers) has bugs that prevent a useful error from being passed through.

If your project is particularly involved and you’re trying to add a complex piece of Terraform code, for example an interpolation, then terraform console can be your best friend.

Here’s how you would set it up:

Switch to a sandbox directory and create one (1) or more *.tf files and/or a terraform.tfvars file with whatever variables you need.

For example, you could have:

Now you can run terraform console in that directory:

This is a quick way to ensure that your syntax is good and that all of your variables are declared. However, it won’t detect where you have underlying issues or missing dependencies in your target environment.

At some point, your code will become more complex and you will have dependencies amongst your resources. In general, you’ll want to have implicit dependencies such that Terraform builds resources in a certain order.

For example, in AWS, if you’re building an EC2 instance that is referencing a Security Group that you’re also building in the same code, the EC2 instance must implicitly reference the SG or you may end up with an error saying that the SG does not exist.

Viewing the graph of your code will verify whether or not you actually have that dependency.

This is a 3rd-party tool that generates documentation (Markdown or JSON) from the comments and the variables in your code. You can Brew this up on a Mac or snag it from its GitHub repo.